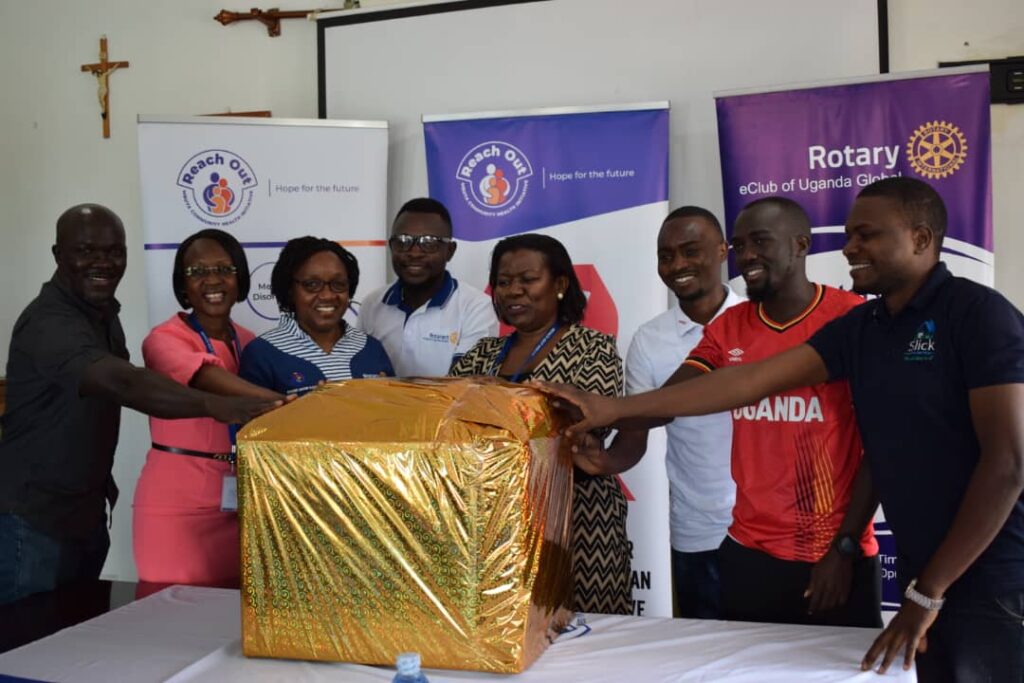 A team from the Rotary eClub of Uganda Global, escorted by the Rotaract eClub of Uganda Global, donated medical drugs to Reach Out Mbuya Community Health Initiative on Tuesday, 2nd Aug 2022. The team, led by Rtn. Christine Onuoha and PDES Jane Kabugo, officially handed over the supplies to Josephine Kaleebi, the Executive Director of Reach Out Mbuya. Other members on the team were Rtn Pius Okullo, CP Marvin Igoma, AP John Baptist Ndanda and PE Ivan John Oyuki.
Josephine Kaleebi explained that they are a faith-based NGO whose major motive is to help people that are affected and infected by/with HIV/AIDs through a holistic approach, while caring for the body, mind and soul of the victims. She said that the organization purely depends on funding from various awards and projects, such as from USAID, CDC and Stephen Louis funded projects. She expressed that the organization is open to more partnerships with the Rotary club.
Reach Out Mbuya focuses on disease prevention and treatment, maternal and child health, basic education and literacy, economic and community development which are part of Rotary’s 7 areas of focus. 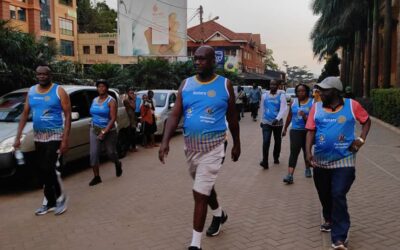 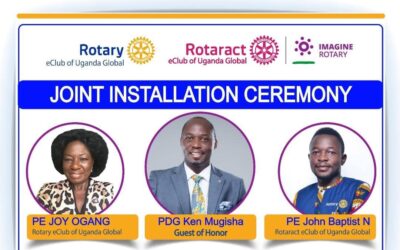 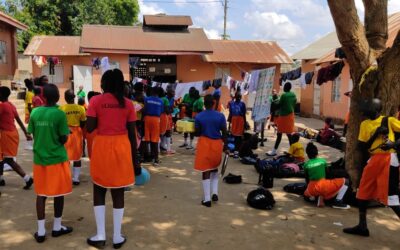 Let's get in touch

Give us a call or drop by anytime, we endeavour to answer all enquiries within 24 hours on business days.

Give us a call or fill in the form below and we'll contact you. We endeavor to answer all inquiries within 24 hours on business days.
mail@rotaryeclubug.org